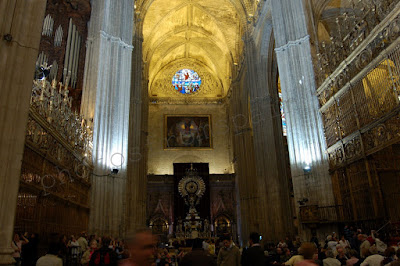 One of the greatest sights in Seville is the Cathedral. These photos of the interior show just how lavishly its decorated, in some places with large quantities of gold. Construction began in 1402 on the site of a former mosque and was not completed until more than 100 yrs later. It was declared a national monument in 1928 and granted World Heritage status by UNESCO in 1987. 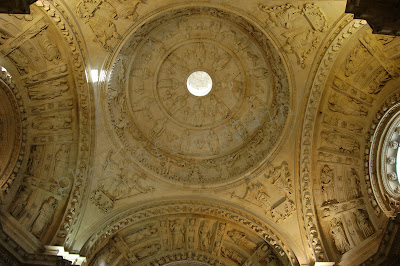 The area of the Cathedral covers 11,520 square mtrs and the central nave rises to 42 mts high, making this the largest church in the world- even larger than St Pauls in London and St Peters in Rome. 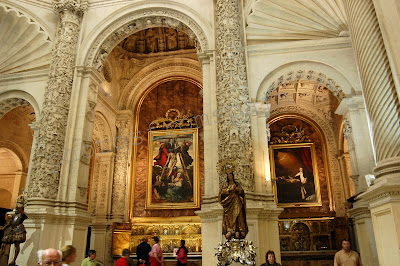 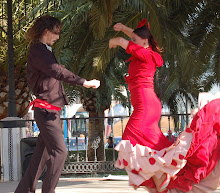